On February 1st 2021, the Myanmar coup began as the country’s military aka Tatmadaw, removed the democratically elected government, the National League of Democracy party (NLD), taking power of the Southeast Asian country.

What’s happening in Myanmar? | battleface
Myanmar in Southeast Asia has been under a military coup and has seen widespread street protests with thousands going on strike.

Anxious wait for those inside Myanmar after military coup
After a decade of a civilian government being in power in Myanmar, the country’s military has announced it’s taking back control. 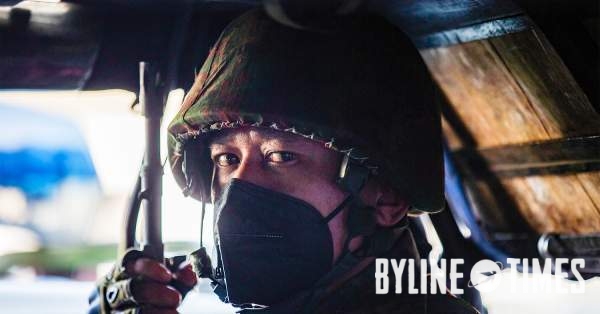 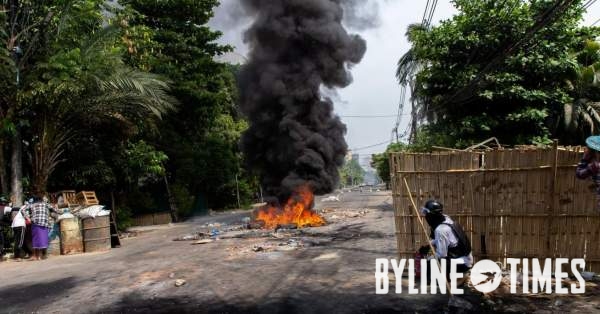 Myanmar Military’s Crackdown Continues - But Experts Predict the Resistance Will Mount – Byline Times
Two months since the coup began, thousands have been detained and at least 550 have been killed – including more than 40 children – reports Tommy Walker 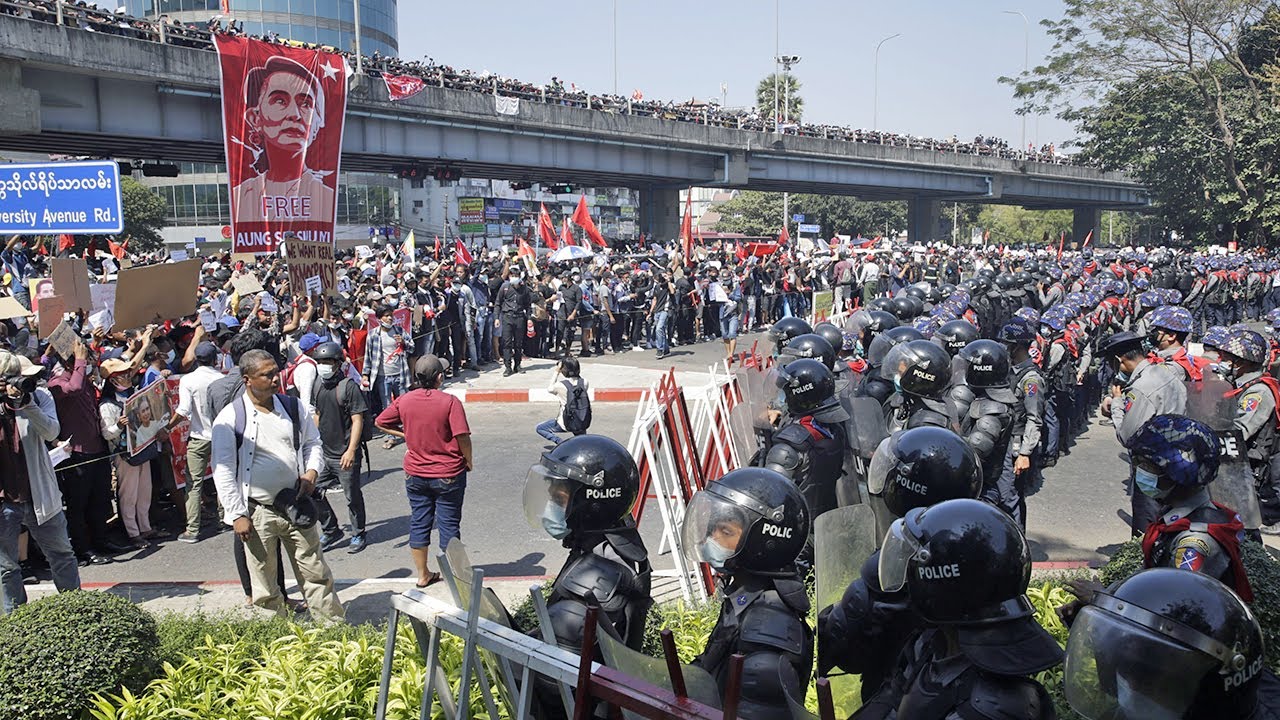 Myanmar Activist Leader Vows to Resist Military Coup
As Myanmar is left reeling after a military coup rocked the Southeast Asian country at the beginning of February, one activist leader is determined to make sure that his nation’s future will lie in the hands of the people. Maung Saungkha, a veteran activist and poet, is a name that is well known a…

Banks Closed in Myanmar as Anti-Coup Protests, Financial Chaos Continue
Myanmar’s banking sector continues to be in chaos as mass anti-coup demonstrations saw armored vehicles patrol the streets in the city of Yangon this past week. Since the military takeover at the beginning of February, professionals from a variety of sectors, led by medical workers and including b…

How Myanmar’s Civil Disobedience Movement Is Pushing Back Against the Coup
Myanmar professionals who are vital to the country’s economy are spearheading the Civil Disobedience Movement (CDM) against the country’s post-coup military regime. Anti-coup protests in Myanmar, attracting tens of thousands nationwide, have taken to the streets since the February 1 coup agains…

Myanmar Junta Continues Brutal Crackdown on Protesters
It has been more than five weeks since Myanmar’s military took full control of the Southeast Asia nation, removing the democratically elected government, in a move that has sparked nationwide anti-coup protests. Tens of thousands of citizens have taken to the streets in demonstrations that have inc…

We ‘Have the Mind to Win This Battle’ - Myanmar Activist Speaks Out About Coup, Crackdown
Since the Myanmar military overthrew the country’s democratically elected government on February 1, thousands of coup protesters have resisted the junta daily, despite the increasing bloodshed. The Myanmar military has occupied the streets with armored vehicles, while openly repressing demonstrator…

Myanmar’s Media Freedoms Could Vanish in Months, Journalist Says
Myanmar’s military has imposed martial law in its latest move to suppress widespread protests over the February 1 coup, with journalists warning of continued media suppression. Dozens of protesters were killed Sunday in the deadliest day so far since the military overthrew the civilian government o…

Myanmar Medical Workers Say Sunday Violence Was ‘Like a War’
Myanmar’s most violent day was “like a war,” according to frontline medical workers, as the military crackdown continued since the coup on Feb. 1. Thousands of anti-coup protesters have been in the streets voicing their opposition to military control, while sector professionals are refusing to work…

Protesters Approach Myanmar Armed Forces Day With Caution
Myanmar’s military continues its violent pushback against anti-coup protests, more than seven weeks after it forcibly took control of the country. Since the coup on February 1, thousands of pro-democracy protesters have demanded the return to power of the democratically elected government. In th…

Myanmar Activist: People ‘Expecting’ Civil War
The military coup in Myanmar is nearly two months old, but the armed forces, also known as the Tatmadaw, are continuing their violent pushback against anti-coup demonstrators. According to the Assistance Association for Political Prisoners Burma, thousands have been detained and hundreds killed. T…

Myanmar Activists Launch Radio Program to Promote Federalism
Faced with government efforts to completely cut internet access, some Myanmar pro-democracy activists are turning to radio to reach the public, other activists and the military since the February 1 coup that brought the junta to power. Federal FM Radio went live April 1 at 90.2 MHz. Its targeted b…

‘No Cease-fire’ in Myanmar’s Ethnic Minority States, According to Humanitarian Group
Ethnic groups in Myanmar’s Kayin State and elsewhere are reportedly still experiencing waves of attacks from the country’s military, the Tatmadaw, after the February coup, despite the junta’s declaration of a one-month cease-fire on March 31. The armed forces have aggressively cracked down on pro-d…

Experts Weigh In on Expanded Myanmar Civil War Prospects Amid ASEAN Plan
Myanmar remains on the path to an expanded, nationwide civil war unless there is a coordinated response from all parties concerned, according to experts. Since February’s coup, large waves of Myanmar’s population have opposed the takeover, with street protests and strikes against the military. In …

Myanmar’s Karen State Remains Defiant Amid Military Attacks
With Myanmar’s military coup now three months old, there are few corners of the Southeast Asian country that haven’t been affected by its aftermath. Hundreds of thousands have revolted against the military’s action nationwide, but the armed forces have responded forcefully by detaining thousands an…

Doctor-Activist Defiant Against Myanmar Military
When Myanmar’s military shocked the world by announcing a coup earlier this year, many people inside the country were stunned at the news. After decades under military rule, they had enjoyed 10 years of a developing democracy until the armed forces took back control. Initially, most of the country…

‘I’m a Fugitive Forever’ Journalist Tells VOA After Fleeing Myanmar
Nearly five months since Myanmar’s military took control of the country, the “Spring Revolution” has sparked nationwide demonstrations and a crackdown that’s cost hundreds of lives. But the armed forces haven’t limited themselves to smashing protesters. They’ve gone after journalists reporting on …

Being a Journalist Is Ticket to Arrest, Myanmar Editor Says
For about 20 years, the Democratic Voice of Burma (DVB) broadcast uncensored news into Myanmar from exile.

Myanmar Faces COVID-19 Surge Amid Political Crisis
Myanmar, already on the brink of widespread civil war after February’s coup, is facing another crisis as COVID-19 cases surge. Cases have spiked, leaving infected patients desperate for medical assistance. Since the pandemic began, Myanmar has suffered over 246,000 COVID-19 cases and over 5,000 dea…

The Battle for Myanmar Six Months After the Coup
Myanmar has suffered more than half a year of unrest since the military seized power, removing the democratically elected government on February 1. The National League for Democracy party (NLD) won a landslide victory in Myanmar’s general elections in November. But after the military claimed unsub…

UN to Discuss Myanmar Representation at General Assembly
Myanmar is awaiting a U.N. General Assembly decision that could play a role in who leads the country in the future. Myanmar is still grappling with the aftermath of a military coup that ousted the democratically elected government February 1. At the 76th General Assembly session next week, Myanmar…

Myanmar’s Shadow Government Announces ‘Defensive War’
Myanmar’s shadow government declared a “defensive war” on Tuesday that is being viewed by analysts as a call to arms against the junta controlling the country. The National Unity Government (NUG) was founded as a shadow government in the wake of February’s military coup by Myanmar’s national armed …

Myanmar Faces COVID Vaccination Woes as Health System Under Threat
Myanmar’s COVID-19 battle is facing further complications amid the fallout from February’s military coup. This week, the opposition National Unity Government declared a “defensive war” against the ruling junta government. Next week, the United Nations will hold its 76th General Assembly, and will … 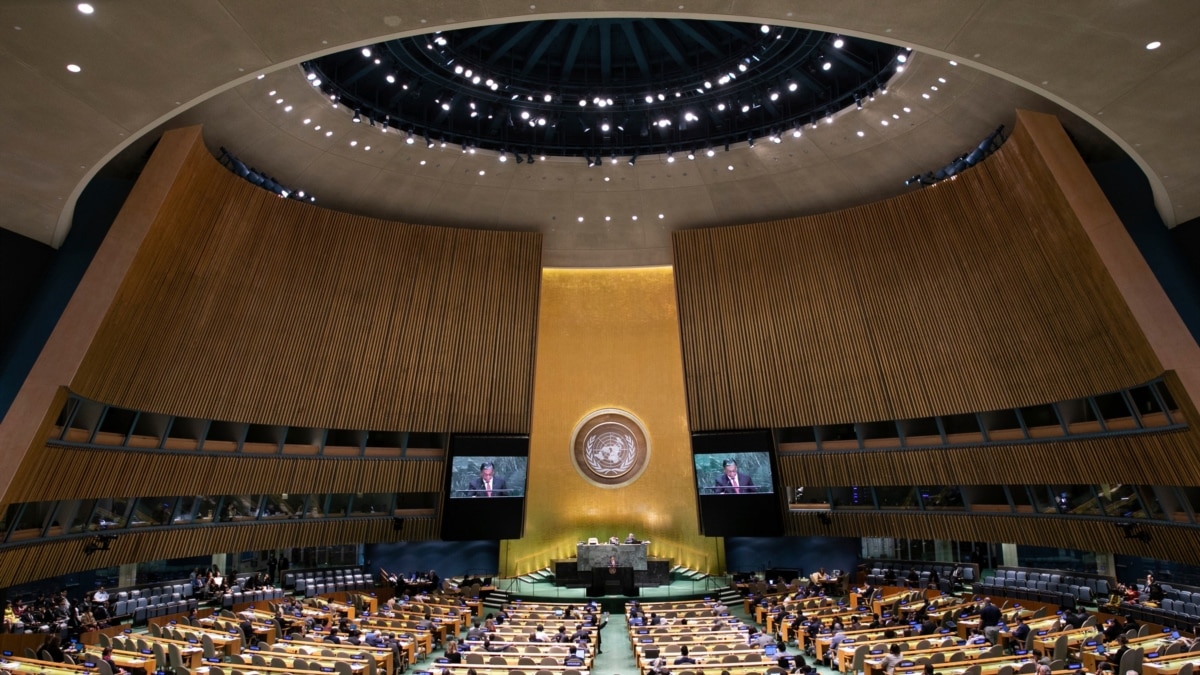 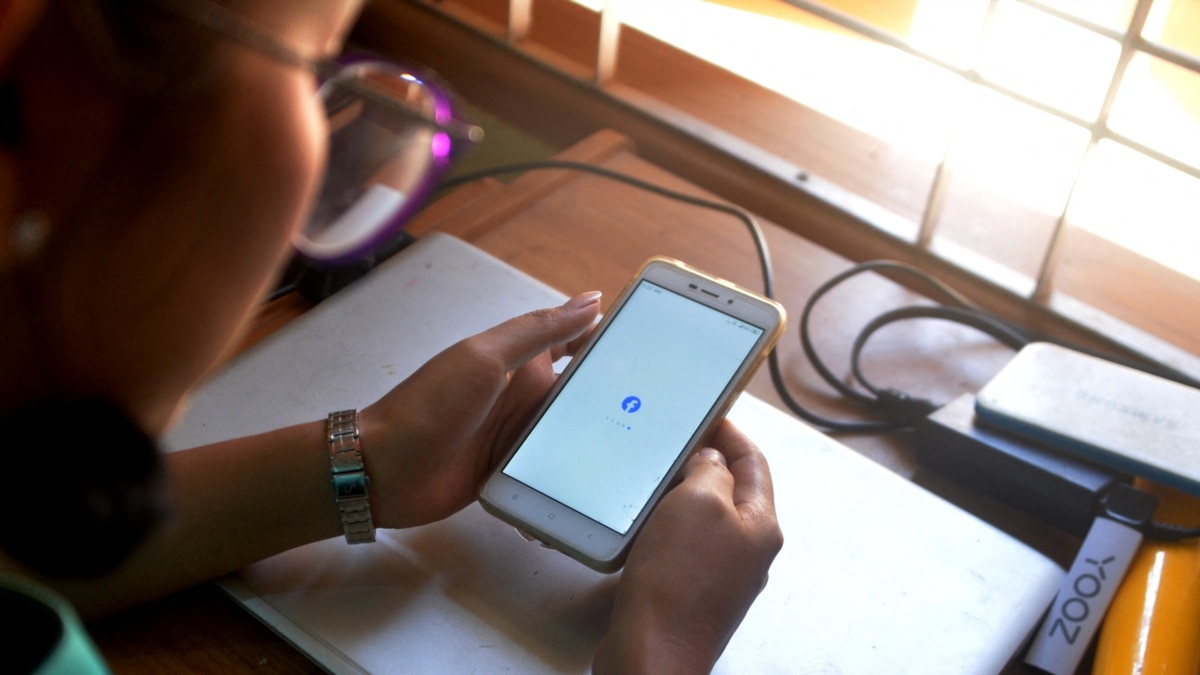 In Post-Coup Myanmar, Citizens Fight to Get Online
Dozens of towns reportedly go without internet access amid conflict with military, which seized power in February coup 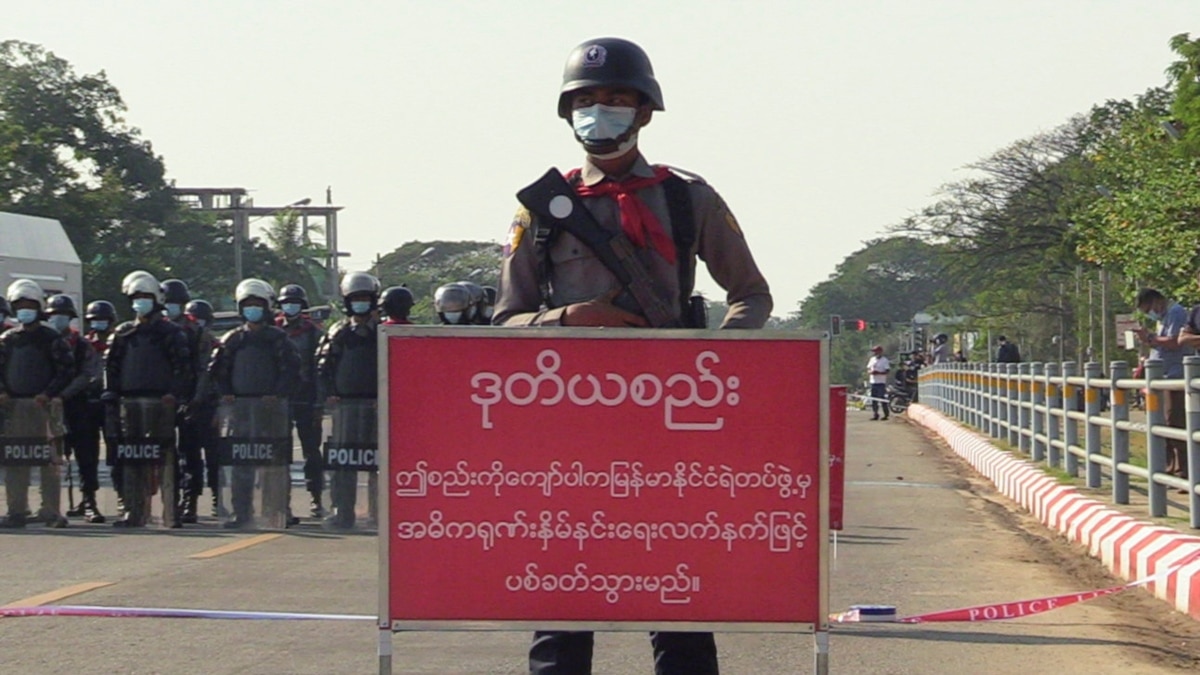 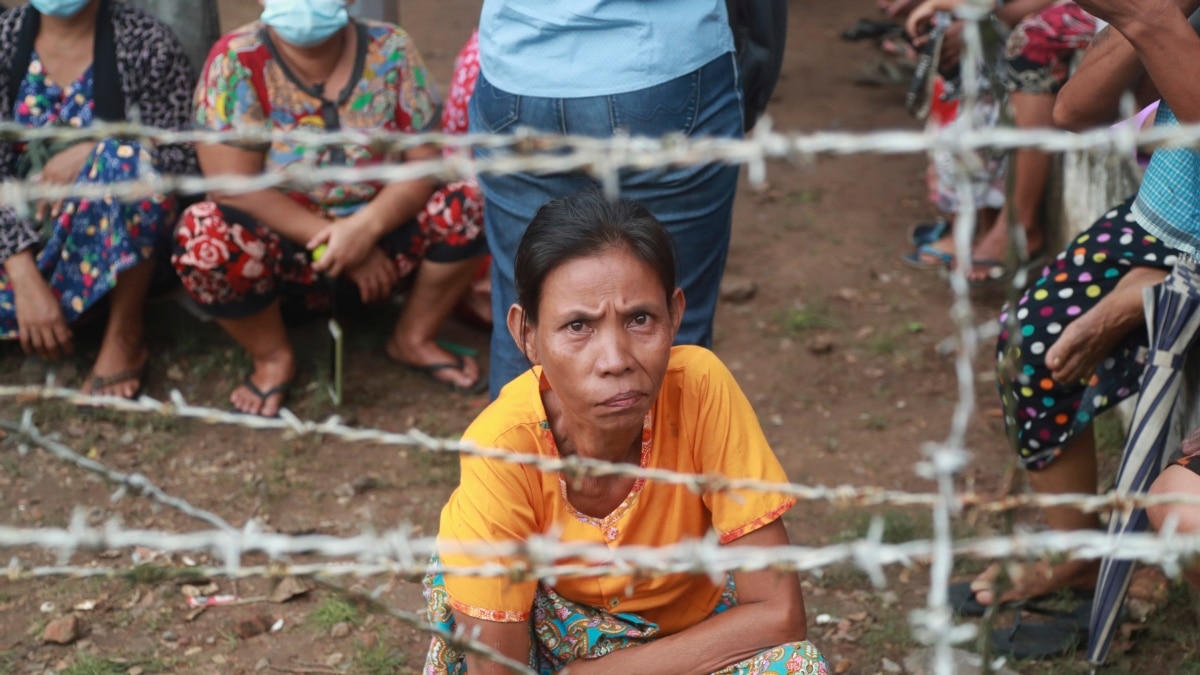 Myanmar Military’s Release of Prisoners Only to Ease International Pressure, Experts Say
Military government pardoned 1,316 people and dropped charges against 4,320 others that participated in protests against junta 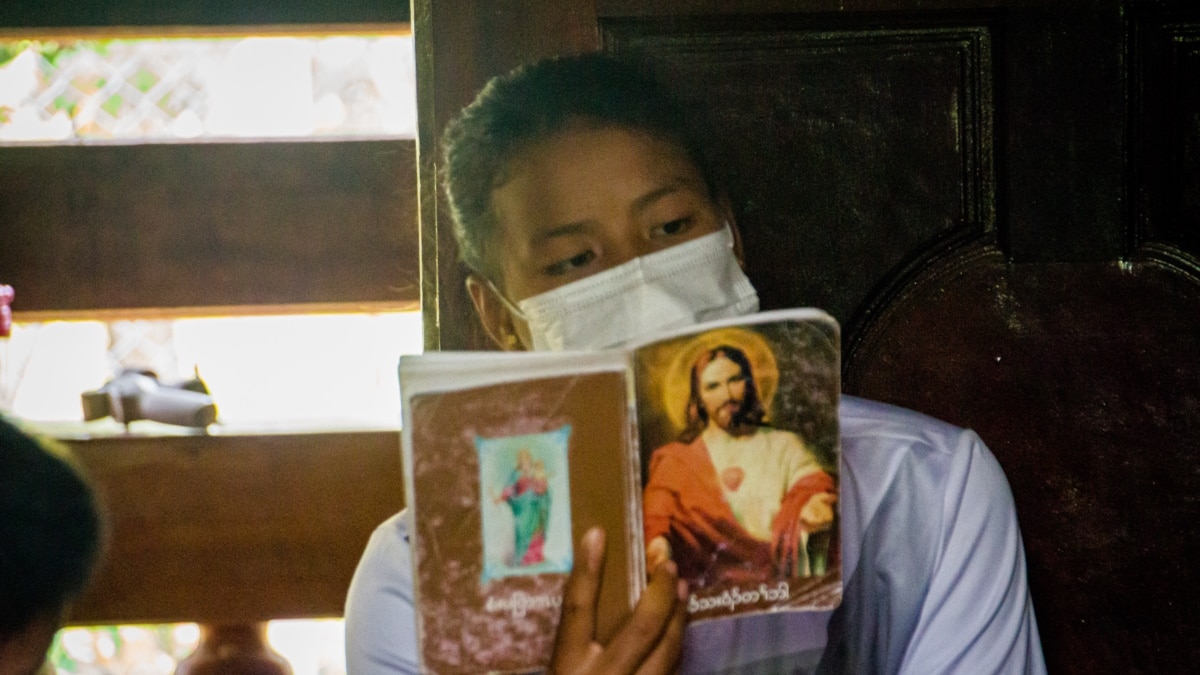 Myanmar Religious Groups Say They Face Persecution
Following the coup, they say, military rulers are cracking down on religious groups that refuse to accept their rule 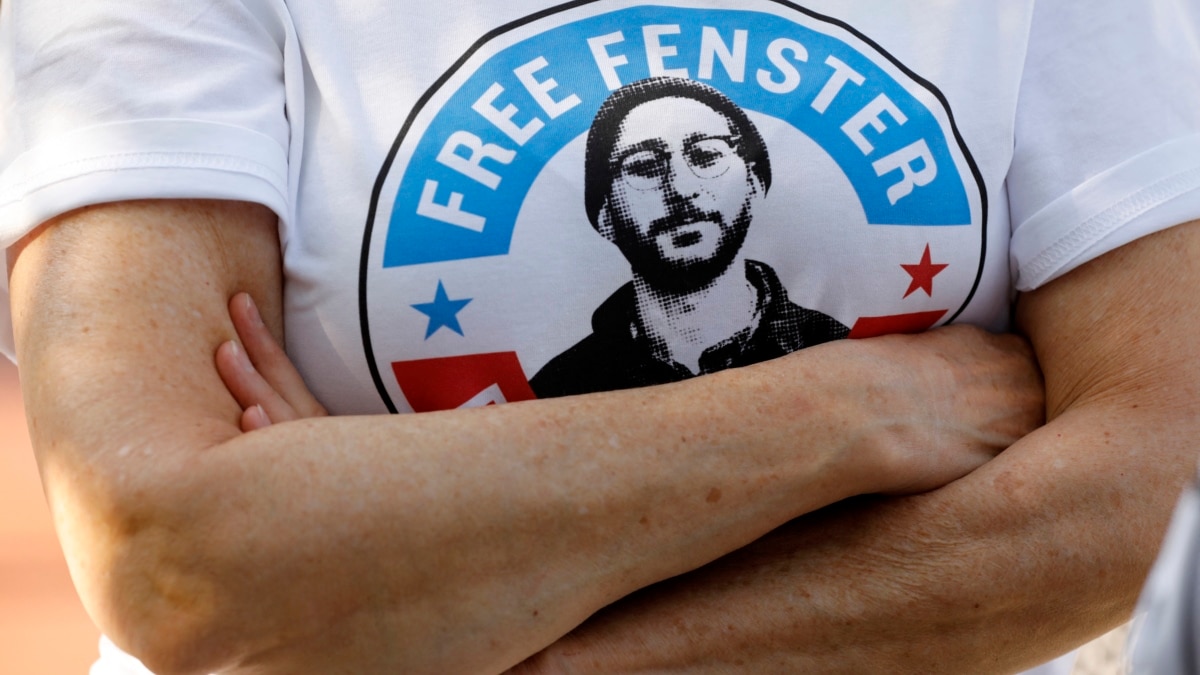 Myanmar Military Slaps 2 Additional Charges on US Journalist
Danny Fenster, in jail since May, now faces sedition and terrorism charges 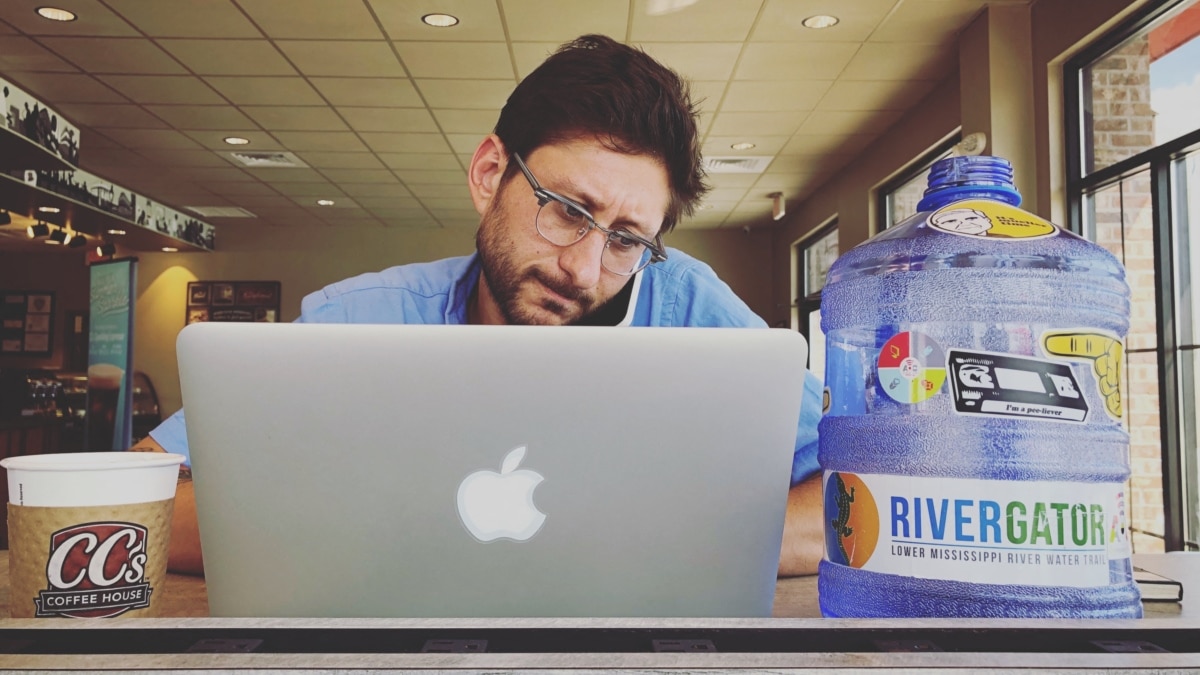 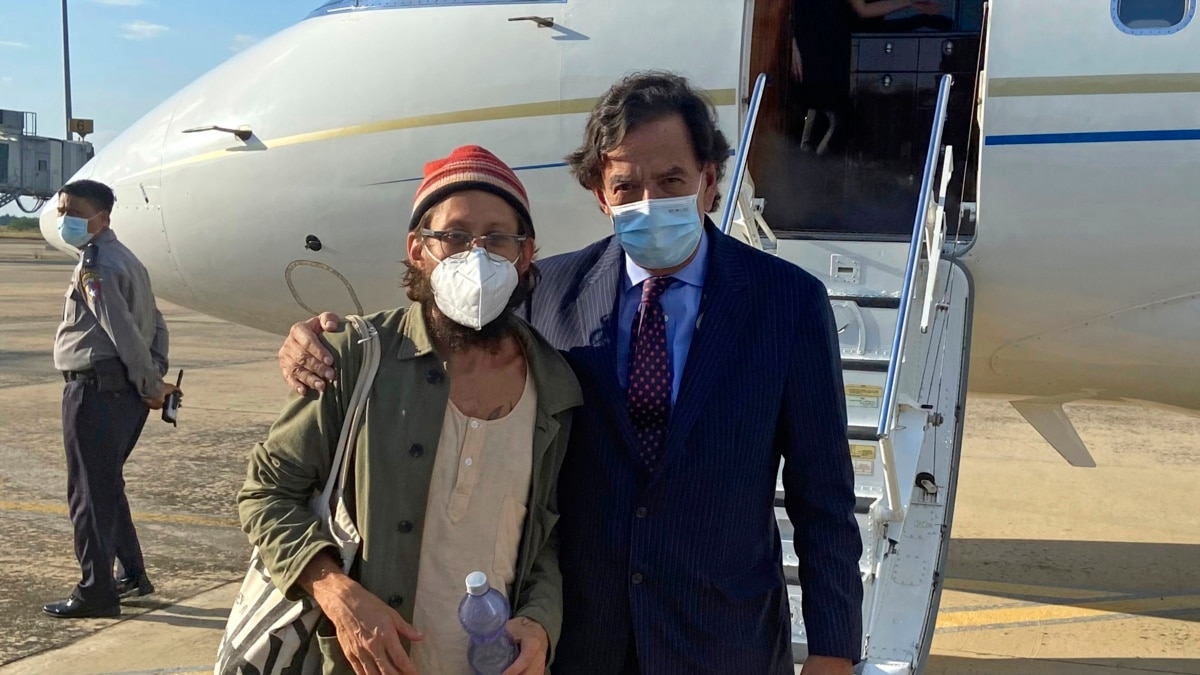 Myanmar Frees US Journalist Detained Since May
Danny Fenster’s release comes days after he was sentenced to 11 years in jail; release negotiated by former US diplomat Bill Richardson 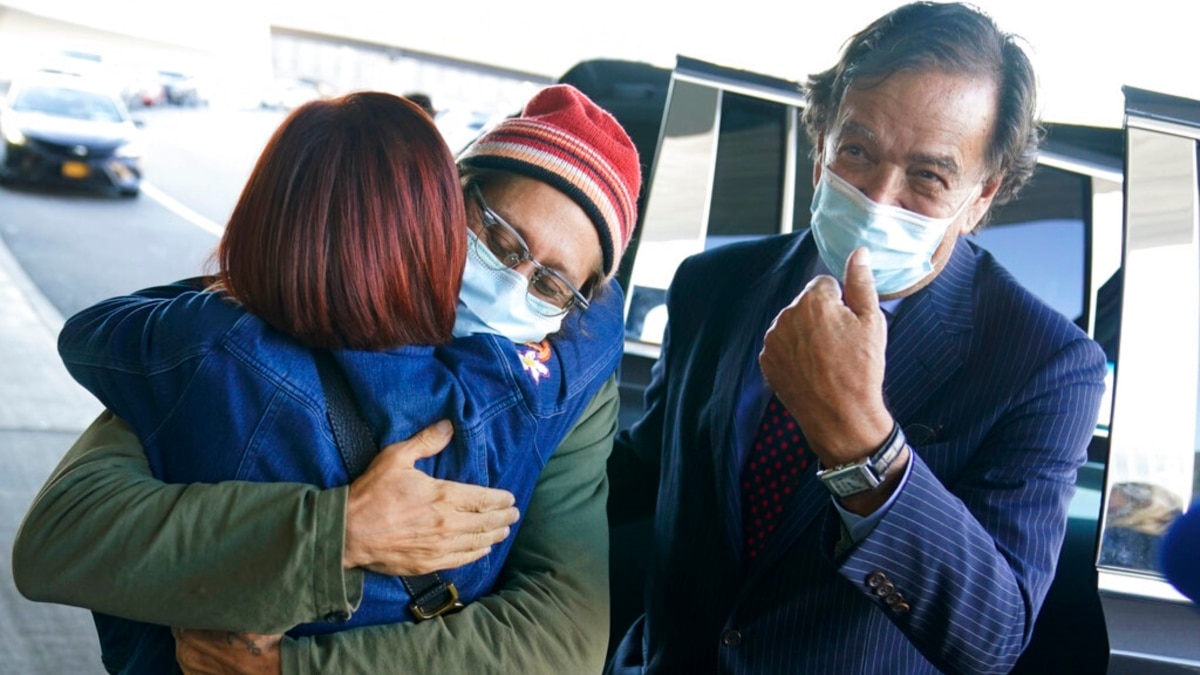 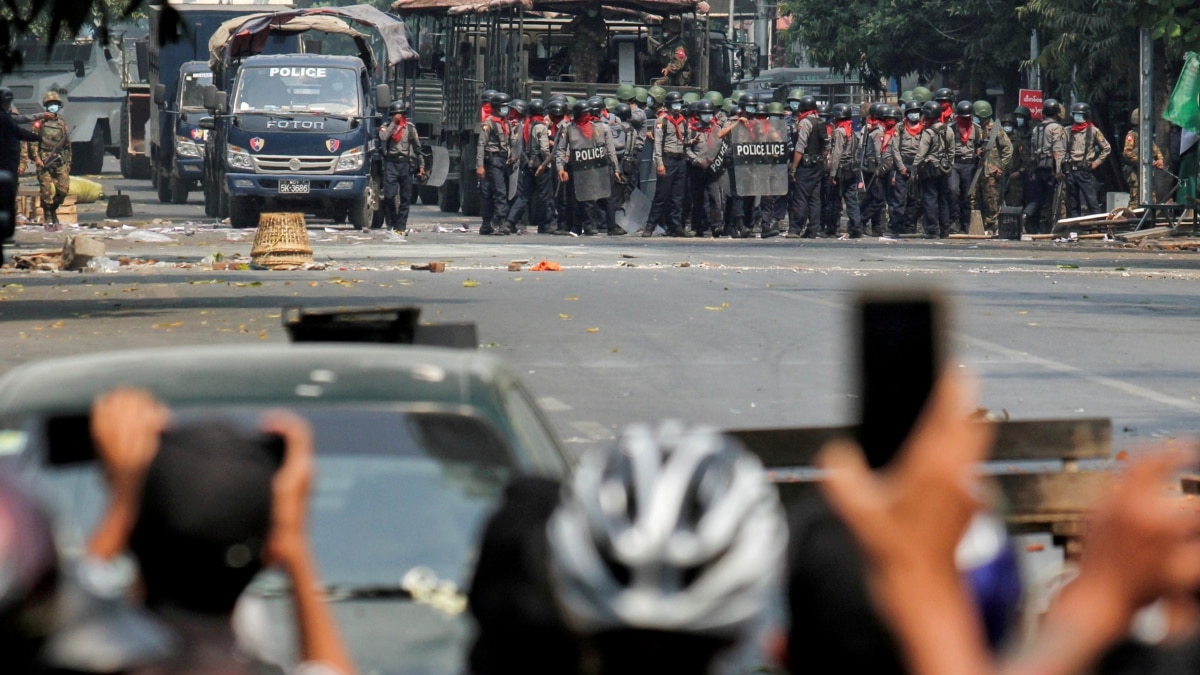 In Myanmar, Reporting Becomes More Difficult ‘Month by Month’
With risk of arrest or shutdown high, Myanmar’s media look to report from exile or rely on citizen journalists, social media to cover the coup