Opinion: Recent rallies signal the summer ahead in Hong Kong 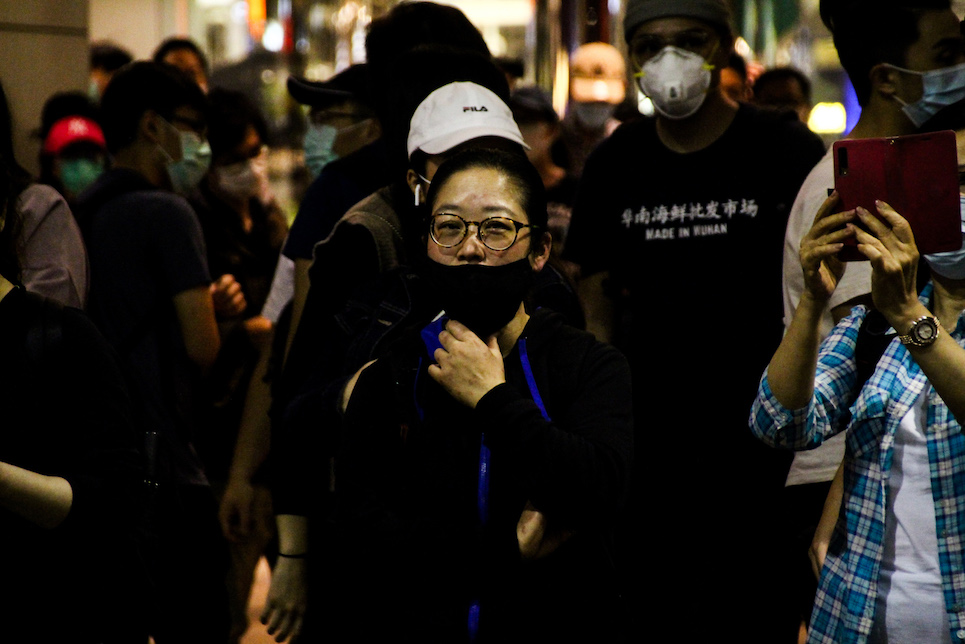 With Hong Kong’s own coronavirus crisis slowing after weeks of low daily cases, the attention in the city has now turned back to the government and Beijing. Last year, for six months protests and social unrest threw the SAR into chaos, and although that had quietened down in regularity by December, recent events have teased a resurgence come the summer.

Whilst the coronavirus has a lot of the world in their respective lockdowns, Hong Kong hasn’t been so restricted. Schools, public facilities and bars have all been closed, but some normality of day-to-day life continues. Public transport remains active, employees who must continue to work,  whilst Sundays still show residents flocking to the outlying islands for day-trips. Yet, the coronavirus cases have been remarkably low for such a crammed city – only 1,038 at the time of writing – as daily cases have been only in their single digits for weeks now. For the time being, the social distancing efforts to prevent a rapid spread seem to be working.

Yet, whilst this has reduced residents livelihoods and businesses, it has also limited residents going out in groups and typically crowding the streets. A recent social distancing law now prohibits groups of more than four people gathering at once, with those who break this law, can face hefty fines or even prison.

With all this in place, it has provided a clear run for the Hong Kong authorities to begin its perceived crackdown on last years chaos. This has been evident with the subsequent arrests of leading pro-democracy figures – including Martin Lee (Founder of the Democratic Party) and Jimmy Lai (Founder of the pro-democracy Apple Daily newspaper).

Furthermore, the under-pressure Beijing has publicly stirred the pot with Hong Kong affairs, recently announcing their duty to ‘supervise’ with Hong Kong’s matters, another encroachment of the Sino-British agreement that promises the ‘one country-two system’ agreement. In addition, there have been calls for the enactment of Article 23 to the Basic Law from pro-government supporters and politicians, which essentially prohibits any political activities in the SAR that challenge Beijing.

Regular violent clashes have been rare in 2020, but lately, we’ve witnessed a momentum change that is likely to change that. Small demonstrations may have taken place every month in Mongkok and Yuen Long – normally to remember key controversial events of last year – but by the end of April a surge of rallies have been announced, with much more seemingly in the pipeline.

‘Lunch With You’ has been a long-lasting demonstration that has clung on to its attendees since 2019. Normally taking place at IFC Mall in Central, and although significantly smaller than last year, recent demos suggest voices are literally getting louder, with numbers on the slight increase. The latest rally on the 24th April, no incidents occurred but the fallout and positive reaction on social media showed the want and desire for demonstrations are prevailing again.

On April 26th, a Sunday evening, Tai Koo threw up a surprise event, as a ‘Sing with You’ demo attracted a reported 300 protesters. The Hong Kong Police soon arrived, attempting to disperse angry crowds. Shouting and heckling then proceeded by protesters, with the police raising the Blue Flag as a warning. The event eventually went with the little incident with large groups of protesters specifically, although there were a couple of arrests.

The main incident of the night involved District Councillor Andrew Chiu, the victim of a brutal attack last year where his ear was bitten off.  The night saw Chiu seemingly mocked by a police officer who was video documented teasing Chiu by rubbing his own ears. In addition, Chiu’s assistant got into an apparent innocuous confrontation with the police, that saw him floored and later taken to hospital. 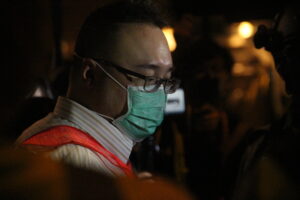 “Having seen the protests at its height last year, the recent surge and regularity of demonstrations suggest there is more to come. The small demonstrations last year had significance, often as a build-up to larger events. We may be seeing similarities with this year as summer approaches. With large-scale demos been off the table in the main in 2020, surely smaller demonstrations will escalate into more widespread action, especially as the coronavirus seems to be under control right now.

The police have shown they will hold a further advantage in their battle to keep control of the demonstrations. Going by recent observations, the force looks more coordinated than last year, whilst their knee-jerk reactions seem to have lessened. The biggest change is their numbers on the ground are alarmingly larger. With the current social distancing law amid the coronavirus, they have this to fall back and will no doubt take advantage of it.

But the recent mocking of a District Councillor’s severe injury shows the Hong Kong Police still are naive enough to forget the implications from their audience. Knowing incidents like this will grab attention online and in the media, things like this will continue to infuriate protesters and continuously dismiss their conduct on the ground.

Demonstrations have recently been earmarked for the end of April and beginning of May, which will provide us all with a little insight into how they logistically operate. It looks like it’s time to fasten our seatbelts once more, as Hong Kong appears to be in for another eventful summer.”