RE: Opinion: ‘There are always vacancies for additional frontliners. It’s a perpetual position.’ 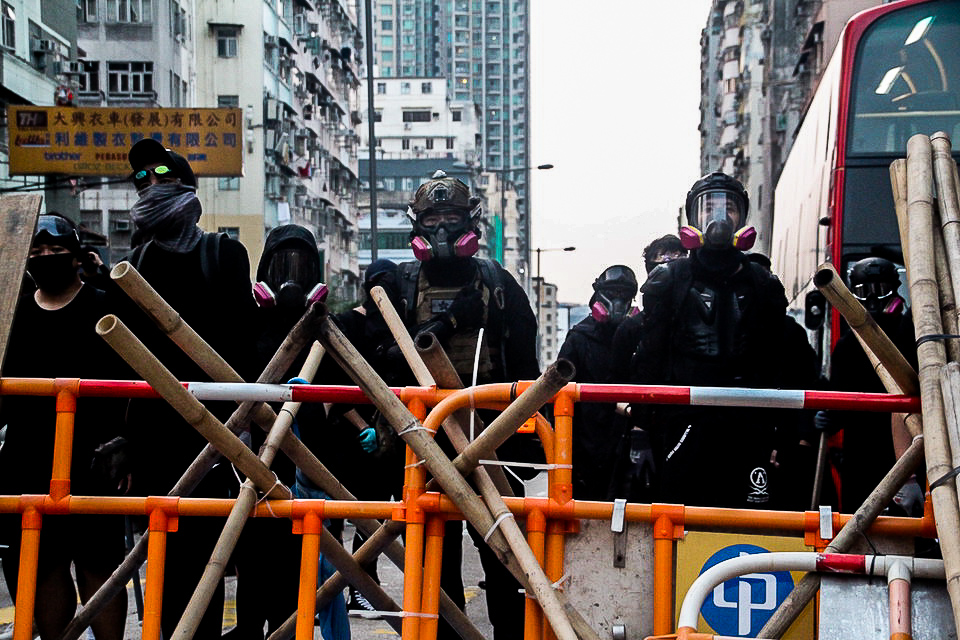 06 May RE: Opinion: ‘There are always vacancies for additional frontliners. It’s a perpetual position.’

“Surely if millions of Hong Kong residents endorse each other, whether it be black-clad or back-of-the-line protesters – and still march for the same cause, then the China’s Hong Kong Affairs office shouldn’t even think to attempt making this statement into an argument. Their argument is amateur and blatantly attempts to confuse the truth by putting it out in the press.

What is clear in China is their failure to understand Hong Kong and the logistics of this pro-democracy movement. Even if they were successful at ‘removing’ black-clad frontliners – perhaps by arrest, kidnap or death – do they not realise there would be replacements on the frontline? Do they not understand those black-clad are essentially not a permanently assigned group, but a representation of the masses on that given date?

In any movement, there are always vacancies for additional frontliners. It’s a perpetual position.

Frontliners can go too far, and without context can be blamed for violence outright. But in Hong Kong’s case, frontliners are the representation of all protesters who are at the tipping point. They are the ones who need to make a statement now and above all else, to grab attention at the overall cause.  Admittedly, there have been acts of violence we cannot approve, but for most of the chaos coming from the frontiers in 2019, it was in reaction to unacceptable answers from the government and from the Hong Kong Police’s over-the-top responses.

It is paramount for us all to remember,  demonstrations in Hong Kong initially began peacefully and gave the government many chances to change rightful laws and to maintain levels of freedom. If the protests were to escalate due to unanswered requests – as naturally it would anywhere in the world – the only issues Hong Kong would face would lie with those who have the ultimate power.

That is the Hong Kong Government and Beijing.

It is obvious to many that those in charge are the ones ignoring these signs and therefore asking for trouble. Whether it’s naivety or stubbornness, their desperation to save face on these matters, rather than to listen to the masses of the people is incredibly old-fashioned and reeks of degeneracy.

Sure, their rhetoric will insist on sticking to the ‘rule of law’ but any law is made as a structure and reference. If laws aren’t working for the majority, laws are meant to be broken, or at least changed.”

“We’ve seen many distorted truths against global norms swelling from only one place in the world, and that is China. In a modern world full of social media windows, rampant sources and dizzying news reports, China believes the regular and relentless output of statements and articles like this will eventually infiltrate and challenge the norm of what the rest of the world perceives as right and wrong. The article above is another example of distorting the truth by China’s Hong Kong Affairs office.”

*I’ve used the term ‘frontliners’ to refer to the protesters who often wear black-clad attire and are usually at the forefront of the recent demonstrations in Hong Kong.