Inside PolyU: Six Months On From The Battles At Polytechnic University, Hong Kong {PHOTOS} 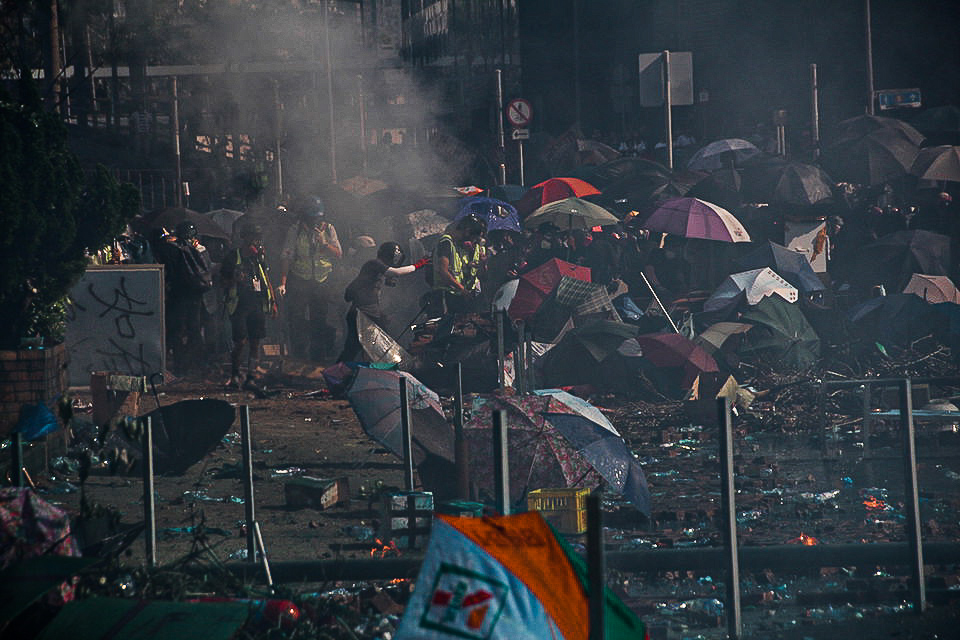 17 May Inside PolyU: Six Months On From The Battles At Polytechnic University, Hong Kong {PHOTOS}

It’s been six months since Polytechnic University was occupied, battled for and besieged in Hong Kong. During the height of the Hong Kong Protests in 2019, PolyU became headline news, as frontliners attempted to protect the university from the Hong Kong Police amid the clashes at Hong Kong Chinese University days earlier.

The police attempted to seize control of the main roads that surrounded the university campus, including the Cross Harbour Tunnel that connects Kowloon to Hong Kong Island.

The battle lasted from November 17th to November 30th when the last remaining protesters escaped or were arrested as the Hong Kong Police eventually moved in.

Tear gas, petrol bombs, arrows, rubber bullets, water-cannons were all used during the clashes as the scenes of the battles were documented across the globe.

Although the siege lasted for 13 days, arguably the most eventful days occurred on 17th November. This was when not only protesters were inside the university, but many journalists and first-aid workers were too. This was the first day which saw the heavy violence including a police truck and a footbridge involved in fiery explosions because of petrol bombs.

My time in PolyU

I spent the whole of the 17th of November until the early hours of 18th November in PolyU but there were other journalists who spent far longer inside. By the end of my day, all of my equipment had run out of battery, whilst I took over 1,500 photos.

Just before midnight point, it was rumoured within the university that anyone who was still on campus would eventually be arrested. The police had given many warnings for everyone to leave by 8 pm and extended it afterwards.

Even though the police had blocked all exits and refused to let anyone leave just after midnight, I still managed to escape.  After being screamed at three different exit points, I decided to try my luck at the final exit point, on Science Museum Road. Initially, police shouted at me, but I put my hands up whilst showing my press ID. I was helped by a student journalist who pretended to be my translator, in efforts to help him safely pass. We both got out.

Marking six months on, here are some of my exclusive photos within PolyU on the day and night of November 16th and 17th, 2019.